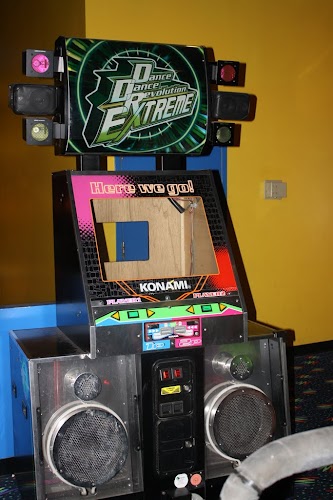 Dance Dance Revolution is a game that evokes memories of a very specific time in my life. Ten years ago, I played the game nearly every day; I would leave my waitressing job with a pocket full of cash, and drop anywhere between 3 and 10 dollars into one of the many machines in the area. I even played in a couple of tournaments. Though there was a lot going wrong in my life at the time, it's a time I look back on with fondness, mainly because of the friends I had.

I stopped playing when I moved somewhere without a convenient arcade, and quickly got out of the habit. Over the years, I tried to relive the DDR experience when I came across one of the increasingly rare machines, but found my endurance disappointing and the condition of the machines even more so. One broken sensor can make harder songs physically impossible to pass, and until a couple days ago, I hadn't seen a DDR game with all its sensors working in years.

When I saw that machine a couple days ago, I got on it and was amazed when I didn't fail instantly. All the jogging I've been doing meant endurance wasn't an issue at all. I played as many games as I could before we had to leave, feeling like I'd found an old friend.

Two days later, an errand took me back to the place I'd first played DDR. It was also the place where my husband and I, before we were married, were shooed away from the parking lot by a security guard because we were having an intense makeout session on the back of my car. The arcade is closed now; an empty storefront in a dead mall, down in the area that was once the food court and now seems to have been converted to a storage area. I walked up to the metal grate and peered inside. No games remained in the space, but the decor was still the same. I saw the place where the DDR machine used to be, and for a moment, I could almost hear the chimes and buzzers of a hundred games, and the cacophany of kids yelling for their parents or each other. I could almost hear the fast, cheery beat of the song that had first lured me in there.

But then it was gone, and only the steady clack-clack of the unused escalator remained, carrying its phantoms somewhere else. 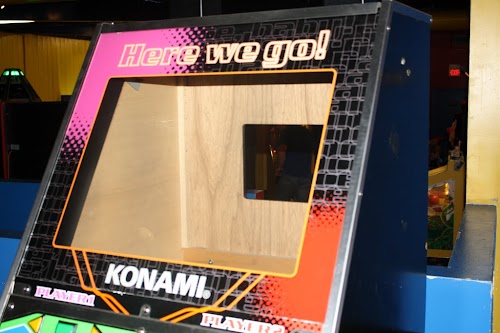